Once Upon an Idol Audition


Who are the new American Idol Judges? JLo? Steven Tyler?? 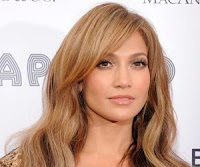 There have been a lot of speculation about who the new American Idol Judges are going to be following the departure of Simon Cowell.  With season 9 judge Ellen Degeneres saying she thinks it "didn't feel like the right fit" for her and the apparent sacking of Kara DioGuardi, so far, Randy Jackson remains as the lone veteran Idol judge...

Most recently though, Aerosmith's Steven Tyler and triple threat diva Jennifer "J-Lo" Lopez are said to be in final negotiations with the American Idol Producers and are set to join Randy in the panel of judges.

Of all the names fielded for the judges seat, my top pick would be Elton John.  I think he's a talented singer and songwriter, and I think he will bring credibility to the panel. Plus he's also British. Hehe!


From American Idol to Philippine Idol 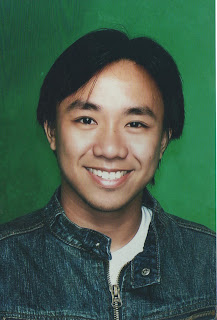 Now all this news about the new American Idol Judges have got me reminiscing about my own brush with Idol Fever.

Back in 2006, I actually went and auditioned for the local Idol franchise "Philippine Idol".  The photo on the left was one of a couple I submitted as a requirement. Hehehe.

I remember it well, it auditioned in SM Batangas during one of their "Fast Track" Auditions. There was not a lot of people (which actually probably improved my chances significantly) but quite a number of good singers.

I sang a fast version of "Stand By Me" after which the panel asked me a few questions, then they made me sing a slow song so I sang a few lines of "Kailangan Kita".

After they finished all the auditions, they called us to the stage in groups and then they announced which of us were going forward to the next round. :p I was called out and I got to say, "I'm going to Holly... err.. Manilaaa!" Hahaha. :p

The 2nd stage of auditions was a nightmare. :p Not because I didn't get through but because I had to travel from Batangas to Manila the night before, then wake up really early to go to Star Theater in Manila only to wait 12 hours before I got to sing for the panel, and then drive back to Batangas that same day (because I had to go back to work!)

Despite that though, I would say it was still cool to have tried out and gotten that experience - I learned a few things which I would like to share with all of you so that when you go for that Idol Audition, you'll do better than I did! Hehe!

Here are some tips for all you Idol wannabees out there...