on March 11, 2010
Can you believe I'm turning 28? I almost cannot. Almost!
Here's some random ramblings and a few photos for your enjoyment. Lol.

I'm too old for this

Is it just me or have all 20-something-year-old's I know have fallen into a state of constantly thinking we are too old for anything fun. Staying out 'til 3am drinking and dancing doesn't sound too appealing to me, especially since I'd rather spend my weekends without a thumping hangover. I'm just too old to be drunk at a club at 3 in the morning...  OK OK It's probably just me. :p

But even American Idol thinks I'm too old. Hehe. They have an age limit of 28.

I was born at midnight


Random. I bet you didn't know I was born right at the stroke of midnight. Or well, at least that's what's written on my birth certificate. My mom says the clock they used as basis might (just might) have been a few minutes advanced. Hehehe.

I was a hyperactive kid. Exhibit A... 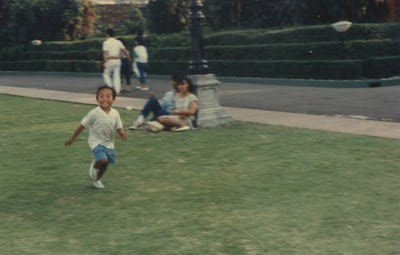 This was in Rizal Park in Manila, back in the 80s. My mother said my feet were already running even before my dad put me on the ground. I had just never seen such a large running area in my life! :p

For my birthday this year, I have gifted myself with running shoes - and am vowing to use them until they are worn out. :) Hopefully my new shoes will inspire me to run more often. Haha!


I am a Promil Kid 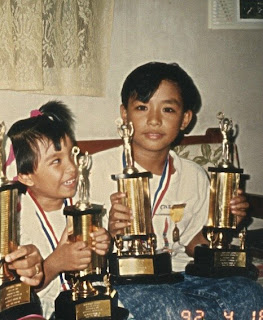 I began my life as an overachiever. Exhibit B - photo taken in 1992 with me and my baby sister displaying my trophies for that year. Could it be because I had Promil as a baby? Lol.

My mom said the doctors would give us the free promotional packets of Promil when I was a baby because we didn't have money to buy milk. :p

The older I got, though, the more I realized I was not as intelligent as I thought I was. Good thing I also realized it was not the only thing that mattered in the world - that there were so many things much more important than IQ! :p

My whole life, my birthday always fell at the time of the year when everyone was busy.  When I was still in school, mid-March was finals exams, final projects, and final reports week or preparations for Graduations or summer outings.

The worst one was when I was a high school Freshman and nobody at school knew/remembered my birthday at all. :p Fail!  That doesn't happen anymore though, thanks to Friendster and Facebook and Multiply and other social networking sites that remind you so and so's  birthday every year.

But here is my self indulgent birthday post for you - all I ask for is a quick a simple greet on this, my special day. Yehey! I feel so lucky to have all of you! 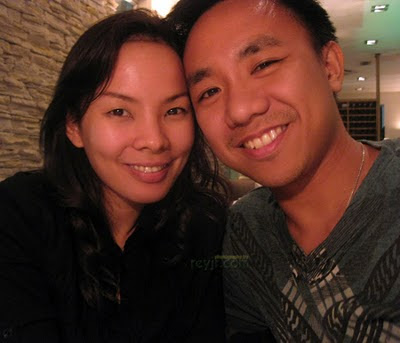