World's Largest Rodent Grossed me out

Have you ever seen that cutesy movie called Ratatouille? I had several tries before I was finally able to stomach watching a rat cooking food. I find whole concept revolting.

About a month ago, I caught this rat in our ceiling. It's a real rat. It gnawed a hole in my partition wall! Now can you imagine this rat moving around in your chef's hat? Cooking food in a fancy restaurant? That just makes the hairs on the back of my neck stand. Lol! 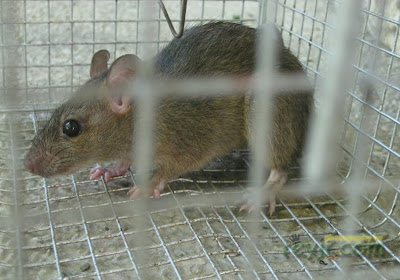 Think THAT's gross? Then you have to see this next photo...


The World's largest rodent, a domesticated capybara they named Caplin Rous, owned by Melanie Typaldos, who adopted the pet from a breeder two and a half years ago.