Of all the Best Picture nominees for the 81st Academy Awards, I've so far only seen The Curious Case of Benjamin Button. It's easy to see why it received 13 nominations, but when I saw that one of them was for Best Actor... wha wha what??

Taraji P. Henson's nomination for her turn as Benjamin's momma was well deserved. She was as convincing as an old woman as she was a young lady. And everytime she was in a scene with Brad Pitt, you just had to keep watching her. And Benjamin, despite being so curious looking, seemed to blend into the background.

The Best makeup nom is a shoo-in as well. The way they made everyone go from young to old (or vice versa) seemed amazingly well researched.

I would even say that Cate Blanchett deserved an Oscar nod if only for her ballet dancing. (Wow, she looked really young.) Does she really know how to do ballet?

But Brad Pitt, whose "best" scene in the whole movie was when he said "Absolutely!", absolutely doesn't deserve this nomination. He was stoic and boring for most of the movie, it actually reminded me of his deathly role in Meet Joe Black (which I once heard some say: Meet Blow Jack, hehe.) Unfortunately, he's not playing Death in this one... 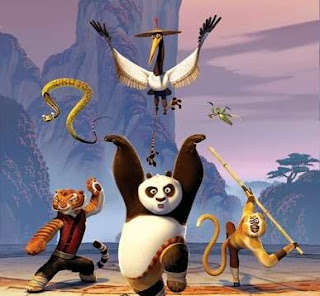 The 81st Academy Awards will be on February 22 on ABC. That's Feb 23 for the Philippines. I don't know yet on what channel they are showing it. :p

Here's the full list of nominees for the 2009 Oscar Awards: