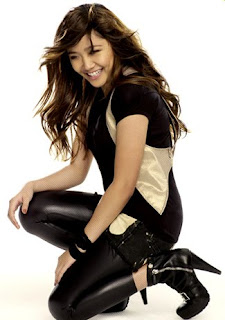 Filipino pop sensation Charice (or Charice Pempengco) has released the video for "Pyramid", the first song off her album due to drop on May 11. The video was released through Oprah.com on April 11, 2010.

She will be announcing the release of her album via her 5th guesting on The Oprah Winfrey Show on May 11, 2010, a day after her 18th birthday.

I do like the song and think it is a great way for her to enter mainstream US pop music arena. I have to admit, the first time I heard it on the radio, I thought it was Jojo. But the more I listened the more I realized their differences.

The video is embedded on this post after the jump, but before you watch I want you to watch out for the following amusing things in the video...


Don't get me wrong, I enjoyed the video and I'm really proud that Charice has made it BIGTIME! I just found these quirks in the video actually made it more interesting to watch.


What did you think of Charice's new song?