on April 25, 2010
Last week, thanks to Marriott Hotel Manila, I got the rare opportunity to meet one of NBA's legends, former Chicago Bulls basketball player, Benjamin Roy Armstrong Jr., or B.J. Armstrong, also referred to as "B.J., The Kid."

The event was held in Marriott's Velocity Bar, the Philippines' first and only 5-star sports and entertainment bar.  The meet and greet was relaxed and casual, with people taking turns asking for autographs and taking photos with the basketball star. It lasted about half and hour and was adjourned with B.J. Armstrong giving an autographed basketball as a gift to Marriott Hotel. 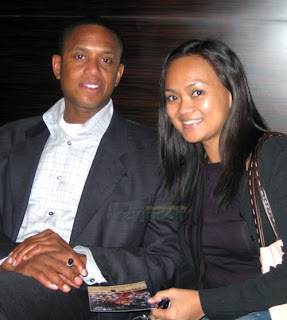 B.J. Armstrong with my friend, Ging 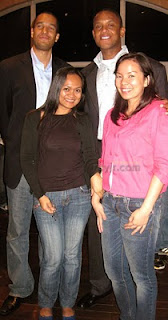