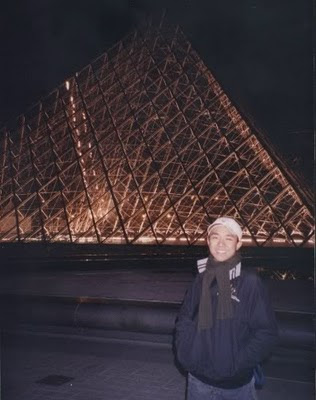 Reyjr at the Louvre in Paris, France
The last stop of the tour then was Paris, France - and the last concert on November 13, 2004 was at the American Church of Paris, Quai d’Orsa. With a standing ovation - it was a great ending to our 3-week tour of Germany, Italy and Paris. It was made a bit more special because we met 2 celebrities there - and Nope, the Mona Lisa in the Louvre was not one of them! :p

After the concert ended, we found ABS-CBN News Anchor Ms. Karen Davila was in the audience and was actually doing a Special Report on Filipinos in Paris. We ended up getting included in her feature segment, and our Conductor and Music Director Prof. Jai Sabas-Aracama gave a brief interview. :D 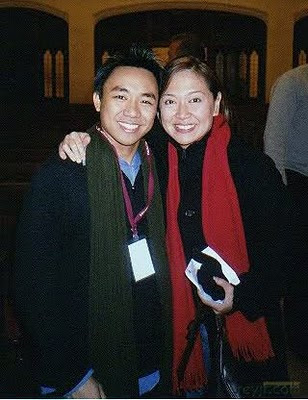 The other celebrity in the audience was Mega-daughter KC Concepcion who was at the time taking a degree in International Corporate Communications with a minor in Theatre Arts at the American University of Paris.

We actually saw KC in the audience and almost pulled out one of the songs in the second act - the Gary Granada track called "Mabuti Pa" which had the line: "Bakit si Gabby Concepcion, lagi na lang kinakasal?" We were so relieved when she just laughed when we asked her about it after the show. 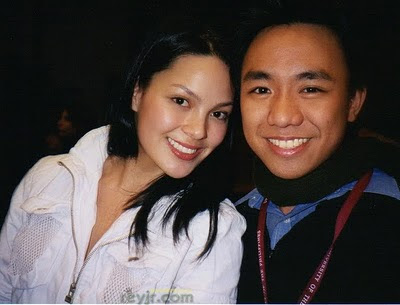 Are you fans of Karen Davila or KC Concepcion? Sound off in the comments section below. :)