After almost 80 comments, interesting points and suggestions (er and spammy comments too lol) on my "Who wants a Google Wave invite?" post, I'm glad to note that those 5 with the most interesting (or interested) comments will receive my invites. Haha. I am glad to be giving the Google Wave invites to:
Google Wave is probably going to be available to the general public sooner than we think - much like how they began Gmail (where you can only get one via an invite) but heck - do you really want to be the last one to get GW? Haha, I don't.

So, if you don't have Google Wave preview yet, head on over to Holly's "It's All a Matter of Perspective" or to DiTesco's iBlogZone, I think they have a few more to give away...


Some interesting points of discussion or suggestions are as follows:

Google Wave is spreading fast. One person gives GW invites to 8 others, these 8 give invites to 64 and so on and so forth, increasing exponentially. That means (and I really calculated this lol) you'll need less than 9 iterations to be able to give Google Wave to everyone in the 16 most populous countries in the world - given all 8 people will receive 8 invites to give away too.

Like a pandemic, Google Wave is spreading - but a REAL pandemic we want to STOP from growing further is already in our midst.

It's the pandemic called Acquired Immune Deficiency Syndrome or AIDS. 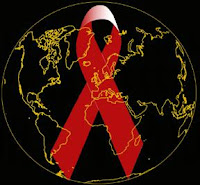 I wanted to write this post in relation to AIDS Awareness in the office setting. Surprisingly, not all corporations and companies have policies against discrimination, and particularly about people with AIDS. I mean, it is one thing to be personally tolerant of another's religion or race or color - it's another thing to have policies that uphold it.

Where I work, we "Treat everyone with equality and respect." - yes, that includes people with AIDS.


Let's talk about AIDS like we do about swine flu

"People living with ... not dying from disease." - Rent the Musical


A lot of companies have contingency measures set up for swine flu in offices and talk about it all the time in company meetings and such - do they talk about AIDS Awareness too?

AIDS is a disease that everyone knows about - and because of it being "sexually transmitted", brings anyone with AIDS in a bad light. There is a stigma that goes with it, and one that not a lot of people are willing to accept or tolerate.

Just to quickly dispel that - many people think AIDS can only be transferred through sexual intercourse, but it can also be transmitted through sharing of needles or through blood transfusions.

If you are working in a company that do not have policies about AIDS, I encourage you to ask your superiors about it.

A lot of people do not even know they are HIV positive.  They are infecting others unknowingly.

For your peace of mine, why not go and get YOURSELF tested. Or ask your company leaders about it. Our company offers it for free and I have taken the HIV test myself.

When I tell people that I have taken the HIV test, some are surprised and say they have no reason to take it themselves, some assume I am sexually active, others are even somewhat repulsed - like I already have AIDS just because I took the test...

Dare I ask you the same?