Back in 2004, my family and I went to Albay to see the beautiful perfect cone of Mayon Volcano.  I remember we arrived - after 14 hours on the road - late in the evening and so did not get a chance to see it that night.

The next morning though, we were greeted by the majestic and marvelous Mayon Volcano - a sight of breathtaking beauty.  It was surreal.  Here's my sister checking the view from the hotel window...

Fast forward to 2009 - the photos of Mayon Volcano are those with ash and lava flowing out of its crater, accompanied by news of a bigger impending eruption, displacing thousands of residents - merely months after the devastation of typhoons in other parts of the Philippines.

2009 Year of Disasters and Tragedies


Year 2009 has become a landmark year for natural disasters and tragedies in the Philippines - include here the Economic crisis, triple typhoons Ondoy, Pepeng and Santi, the mass killing in Maguindanao, the death of the Philippines' icon of Democracy, and now the eruption of the Mayon Volcano.

But the Filipinos are resilient people - a national trait that has had much practice in the past year.  Like the people of Legazpi City, a city much battered by the volcano, that rise up literally from ashes after every tragedy and rebuild their lives.


A Playground on Mayon Volcano 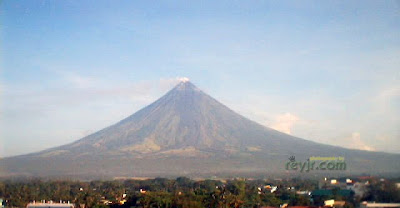 I remember when we were in Albay, we went up to a park up on Mayon Volcano - there was a playground, a church, vendors and we even flew a kite.  That park I doubt if it is still there now, but I am sure another one has already been built. ;)

My Christmas wish is for all of us to help each other rebuild and recover, and to look forward to a more prosperous 2010. 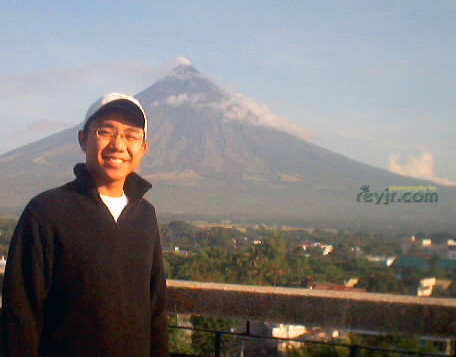