“I Enjoyed My Century Bangus Fillet on my exhausting 5.5 hr drive to Manila” 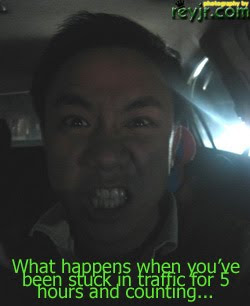 I work in Batangas, a province about 2 hours away from Manila by car, and I typically drive back to my house in Pasig every Friday night. I've been doing this weekly for the past 5 years or so, and if there was ever an expert on it, I guess I could very well qualify. I had developed a knack for timing my departure and predicting my arrival time - to the minute. Well... until recently.

You may have heard about the broken (Bridge of) Promise in Batangas City - well, it's still kaput and the only way out of the city is right through the traffic. Yes. Just getting out of Batangas City will take up to 45 minutes nowadays. Ugh. Traffic has become completely unpredictable.

I left the house at around 630PM expecting to be at least out of Batangas City by 730PM.
Whoops. I took a wrong turn and had to maneuver my way around the city streets to get back on track. By 8PM I was on STAR Tollway. Whew! 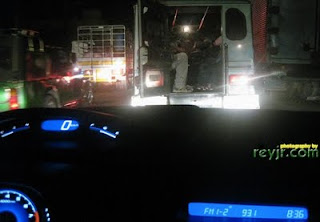 The whole stretch of the expanded STAR Tollway can be completed in 45 minutes tops - running at max speed of 100 kph. At around 830PM, something very unusual happened... we stopped on STAR Tollway. 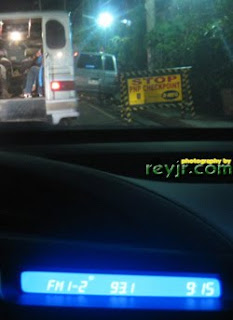 I was flabbergasted - there's never been traffic on STAR Tollway EVER before. I was worried there was an accident up ahead, but there were no Ambulances, and the highway patrol was itself trying to weave across the cars but its siren was not on.

The movement was extremely slow, there were times I'd just turn my engine off, luckily it was cool enough to endure a few minutes without the air conditioning. By 9:00PM I had managed to crawl out of STAR, but the pace remained the same.

I was trying to amuse myself, I sang to myself, I listened to RX 93.1 and even joined their contests. The fact that I didn't win any added to my frustration. I was really tired and really hungry and...

"Hold on a second. I remember buying that Century Bangus Fillet last week! It was perfect for the .. uh. occasion. Lol." 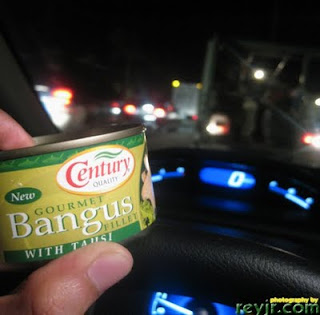 Found it! It was in my bag. And well, as you can see, my speedometer is reading ZERO, so I didn't have much of a difficult time looking for it. Haha. 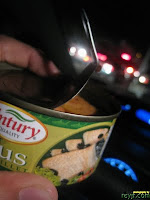 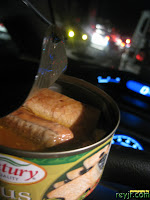 I didn't have a can opener, but the ingenious people at Century made it with an easy open can. How convenient! I pulled it open and dug in. I easily finished one piece - eating with my hands. Nom nom nom... Man, was I hungry.

The fish was soft and tasty. It was soaked in oil - the healthy kind. It's from Century and so it's tasty and healthy too. A perfect snack to get my bearings back and concentrate on the road.

I opened my window and offered the rest to the trucker guys beside me - they were more than happy to accept it."Salamat bossing!" they told me. :) 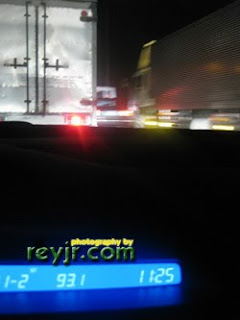 After being fully rejuvenated by my Century Bangus Fillet snack and the awesomeness of sharing, the 3 more hours of driving was a trip. The RX Playtime girls greeted me at the end of their program too so that was fun.

I finally saw the real cause of the traffic which was an overturned truck compounded by the rush of vacationers from Manila going south.

It was already 11:30PM, but my spirits were still up. The photo on the left was the last I took that night.

By 12 midnight, I was finally home. It took me all of 5 and a half hours to get from Batangas to Manila. Whew! But my Century Bangus Fillet made it so much easier. Thanks!