on September 05, 2009
For the non-Filipino speakers, please pardon me.

This is a meme I got from some high school batchmates, several of them have answered the survey and posted it on their Facebook. I do have an FB account, but I prefer to put this on here! :D

If you want to take the PSHS Competitive Entrace Exams or have a son/daughter/niece/nephew/neighbor or anyone who want to take it - Click HERE for some details.


1) Ano section mo nung 1st year high ka?
>> OPAL (bulok, hehe! but we did win twice as most disciplined class or something like that. if i remember correctly, that was the time when there was an ongoing feud between a couple of cliques in the class. Heh heh...)
>> It was 1995, I was 13, and at the time I was the only one from my tiny elementary school (batch population = 78) to ever get into Pisay. I didn't know what to expect! Soon enough I realized what I had gotten myself into: 240 students of the highest caliber. doh!
>> My Freshman year was tough - getting used to the people, the demands of school, the travel (I commuted to and from school daily!), and, well, going through puberty! 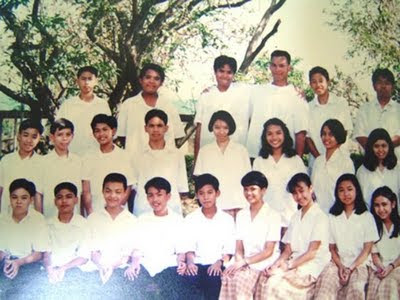 2) Eh nung 2nd year?
>> ADELFA - we had gems in 1st year and flowers in the 2nd year.
>> My fondest memories of my sophomore year include hanging out at a friend's house in La Mesa Dam, turning a short story into a photo comic (what was it called again?), and being crazy with my classmates.

4) 4th year?
>> ELECTRON - We won 3rd place (?) in the Interpretative Dance contest. lol. I remember Research class - where we tried our very best to come up with a packaging gel from seaweed powder - we almost made it too! :p (err.. not quite)

5) ano ang best year for u?
>> (What's with the text mode? This is not a cellphone nor Twitter. :p)
>> 3rd year, Strontium. I was classmates with most of my "BTBL barkada" then. BTBL stands for Barkada Table - 19 teens who all bonded over a table at the school cafeteria. 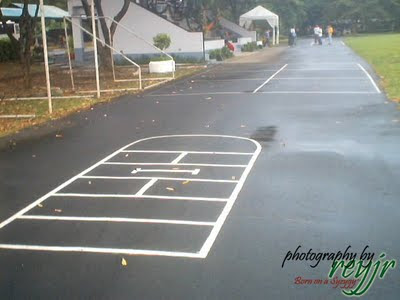 13) have you ever danced on stage?
>> Yup. I was a member of the SAGALA (short for sayaw-galaw), Pisay modern dance group. Haha! I remember I still had glasses on then, geek dancing, watch out! lol!

14) nagka-bf/gf ka ba nong high school days?
>> yep, pero 4th year na nun at pa-graduate na. it was a brief affair - but it taught me a lot about relationships - mostly what not to do, obviously.

15) sino ang all-time crush mo noon?
>> Si Katie Holmes sa Dawson's Creek. Hahahah! I kept journals back in high school, and Katie Holmes would be on the cover of each one.

16) would you go back?
>> You mean physically? I went to my 5 year Homecoming and, just for fun, went last year (my 9th year). I'm definitely going this year (2009) because it's our 10th year this year! woohoo! We are Jubilarians! 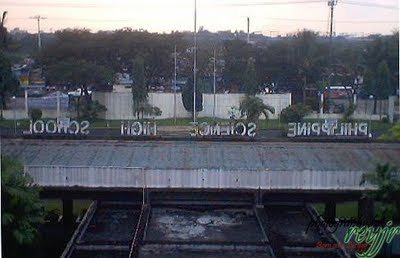 >> For the food quality? Probably.

19) Nakakita ka na ba ng multo sa school?
>> Nope. But I did get creeped out several times when I was on the 4th floor ako ng Main Building (which houses both the Music room and the Math Department) and late na ako nakakauwi...

20) Have you ever sang on stage pag may program?
>> Yup, Himig Agham member din. Dami kong extra curricular. Haha. This trend continued throughout college, and even now where I work, hahaha!
>> I remember we staged a concert when I was a Junior - it was titled "Heart Attack" and it was a Valentine concert.

21) Fave subjects?
>> Uh... Music! (til 2nd year) then uh... wala eh. Seriously, I wasn't a very nerdy nerd. Just slightly nerdy. But if I had to choose a favorite, it would probably be Biology.

21B) NONfave subjects:
>> None. But if I had to choose one, it would be Physics. Haha! Don't ask me why I became an engineer. :p

25) Did you ever run in the court?
>> Shempre pag PE. Other than that, why would I? That'd be weird. Hehe. I do remember seeing some weirdoes running around the oval wearing their thick glasses and huge backpacks...(only in Pisay, my friends... lol!)

26) Varsity?
>> Tried out for Volleyball varsity pero hindi ako nakapasok. I'm not very good at basketball (or not good at all) and I couldn't play soccer then because I wore glasses and that wouldn't be a good idea. hehe!

27) Do you miss your school?
>> Sure, I miss Pisay. The school, the people, the teachers, definitely. The studying so hard until my hair started to fall off... er.. no.

>> I hated CAT with a passion. lol. Those letters you had to type on a typewriter! I mean c'mon, they invented the PRINTER to make life easier so why force your life to be difficult? lol. I have nothing against people who like that sort of thing - it's just not for me.

35) Pumasok ka ba sa CR ng opposite sex?
>> Hindi naman. I always check the name on the doors before I enter.

The Philippine Science High School Diliman - Batch 1999's 10-year Anniversary Homecoming will be today, September 5, 2009! I really hope to see a lot of my batchmates there if only to say "hey" and reconnect with each other. I admit I wasn't all that friendly (nor popular) in high school - but now, beyond puberty and pimples, we have re-emerged, 10 years older, 10 years wiser.